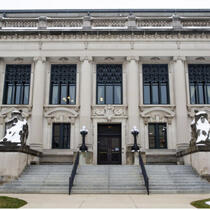 safety & fairness for all

NEW! Join our Facebook group to help strategize and organize our next steps!

We are a team of recent law graduates who are fighting to ensure that there is a safe, fair, and equitable path to licensure for all 2020 Illinois bar applicants.

As you probably know, the Illinois Board of Admission to the Bar announced on July 6th that they were still planning on moving forward with an in-person exam, though they warned us that things could change at any moment and the September exam may ultimately be cancelled. IBAB also notified applicants today that the hotel we were told to book would be closed during the planned administration of the September exam. These recent updates further demonstrate that the remedy that best addresses the mounting instability is licensure through diploma privilege.

Are you upset with the handling of the Illinois bar exam? Speak out about it!

Now that you have their attention, what do you say?

I am a recent law school graduate currently studying for the Illinois Bar exam. I [write/call] to express my concern about the fact that the Illinois state bar is still planning an in-person bar exam this September despite the current pandemic. This would require thousands of applicants and administrators to travel to Chicago, many from outside the state, and congregate indoors for 2 days in close proximity.

I, along with many other applicants, strongly believe that this is an unjustifiable risk to public health. I am also very concerned that many applicants will not have a safe or equitable path to licensure in the next year. Therefore, a petition was submitted to the Illinois Supreme Court with over 1,300 signatures to request that they follow other states & grant diploma privileges to practice. I urge you to support this proposal.

If you would like to discuss this further, please contact me at [PHONE NUMBER] and [EMAIL].I hope that you find this situation as concerning as I do, and that we are able to convince the state bar examiners to take an alternate course of action that guarantees the safety and equity of applicants and the public.

(If emailing, attach proposal to the email)

If you are an attorney barred in Illinois...

This page is modeled after the North Carolina page